What is a Liberal Arts Degree and Will it Lead to a Career?

A liberal arts degree can be a great stepping stone for future professional success—providing you with useful skills and, believe it or not, a marketable pedigree. But what is a liberal arts education exactly, and why do some people think it won’t pay off?

Below, we’ll walk you through what a liberal arts program entails, why there are so many misconceptions about the degree, and how it can be a great investment for your future career!

What are Liberal Arts Degrees?

Liberal arts education is the oldest program of higher education in the West, dating back to ancient Greece. The philosophy asserts that a good education is built from the ground up, with a broad understanding of the liberal arts—including language, rhetoric, math, art, and more.

Modern-day students of the liberal arts, whether they attend a traditional institution or pursue an online liberal arts degree, end up taking an expanded list of general education courses. In doing so, they develop a broader baseline skill set, and they become capable of seeing the world from diverse viewpoints—resulting in a more dynamic, holistic perspective. Those who pursue such an education usually fall into one of two camps:

Why Some Wrongfully Dismiss the Degree

The reason some students are hesitant to invest time and money into a liberal arts education is because it's difficult to conceptualize the specific career that will come of it. If you major in engineering, you know you'll work as an engineer. If you study accounting, you'll become an accountant. And if you study computer science, you'll work in the IT field.

Liberal arts degrees are harder to pin down, because there isn't a single direction you can take the degree. Instead, there are numerous careers to choose from! The degrees are flexible, which is especially advantageous if you don't have a clear career in mind when starting your degree.

Some students fear that the liberal arts will fail to teach them career-applicable skills, so they avoid the degree. But nothing could be further from the truth!

The fact is, employers want applicants with broad skill sets. According to a report by the Association of American Colleges and Universities, 4 out of 5 employers believe all students should pursue a broad education in the liberal arts and sciences. On top of that, 93% of employers say what matters more to them is not an applicant's undergraduate major, but instead their demonstrated ability to think critically, clearly communicate, and solve complex problems.

Rob Sentz, a Forbes contributor, analyzed over 182 million online job postings to find out what types of positions are calling for liberal arts students. The diversity of opportunities was impressive, including such careers as intelligence analyst, project manager, patient services representative, writer/editor, marketing coordinator, and sales manager, to name a few.

While career opportunities may be influenced by your specialization, job listings that seek liberal arts students often actually lump different specializations together, as employers, again, are more interested in the skills these degrees develop, rather than the degree itself.

How to Market a Liberal Arts Education

Liberal arts degrees are very marketable. However, when applying for jobs, you’ll still need to connect the dots on your resume between your degree and the diverse set of skills you’ve developed. If you can demonstrate those skills—via internships, volunteer work, or even work-study positions and class projects—even better!

You can make your liberal arts education even more attractive by also developing in-demand hard skills. This can be accomplished by choosing relevant coursework for your degree, but there are also a lot of free online resources, from coding courses to professional certifications, that can boost your resume.

The Degree for Your Future

If you’re interested in learning more about what a liberal arts program entails, take a look at our liberal arts degree options here at Granite State College. If you have any questions about our programs or the type of degree you should pursue for your future career, be sure to get in touch! 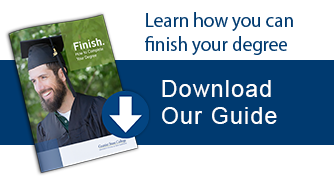